We evolved 100% Pure New Zealand to include the pure welcome of the people.

For decades, New Zealand has used its natural credentials to market itself to the world. We recognised that the experience of New Zealand is as much about the warmth of its people as it is the beauty of their country. Kiwis are the first in the world to see the sunrise each day, so we gave them the official role of greeting the world everyday for an entire year. 365 wonderful kiwis, 365 beautiful New Zealand locations. What's not to love? In just six months the engagement results exceeded three year targets. Australia was up 4% after a previous year of decline, while US awareness achieved a 26% uplift in the first six weeks. Voted Campaign of the Year by AdNews, this campaign was crowned one of only three global Effie Awards. It was a monumental achievement and the first time in a decade an Australian agency has won this prestigious award. 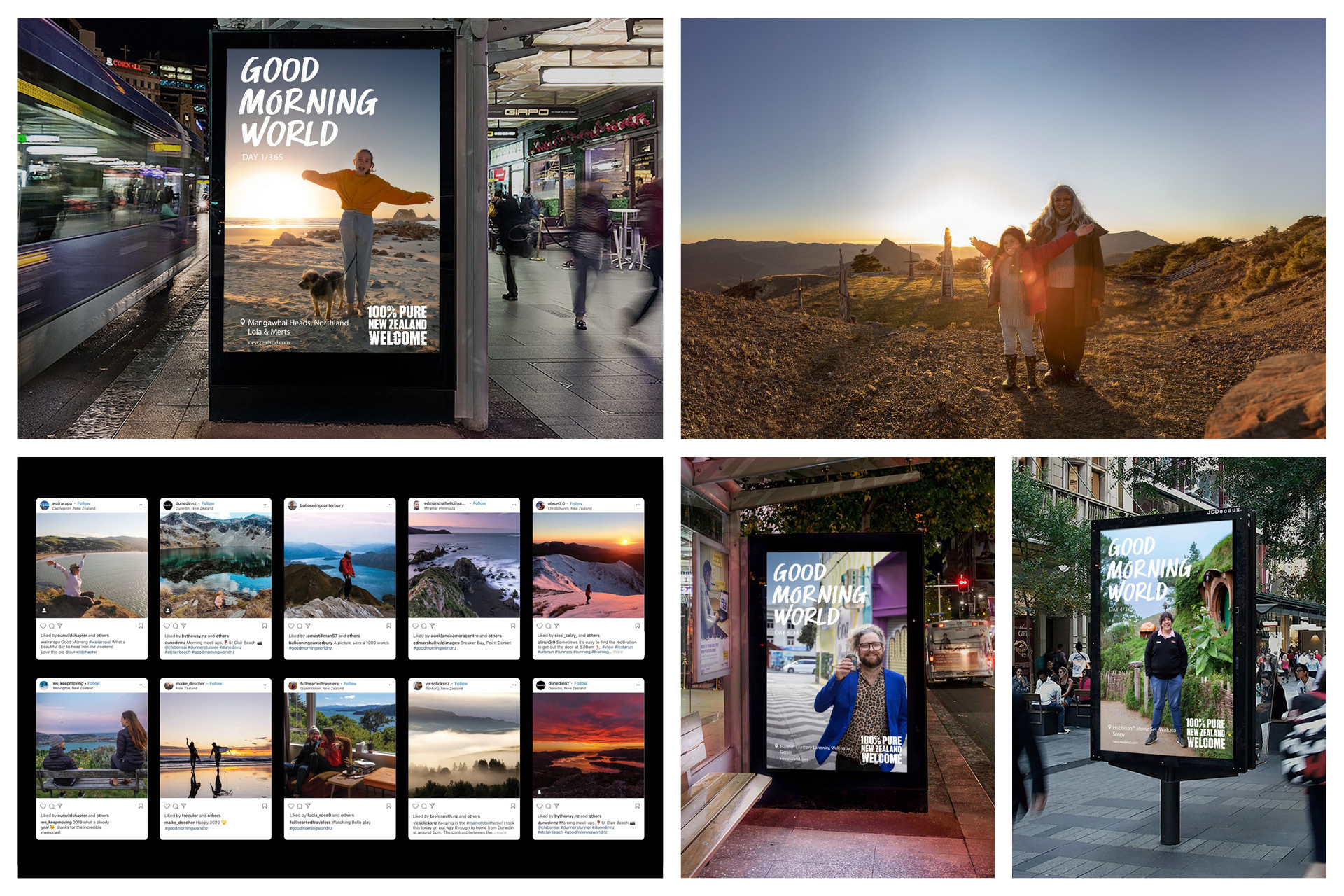