Uber Eats
This Calls for
Back

We launched Grocery and Alcohol delivery on Uber Eats

We launched an entirely new deliver business for Uber Eats. When Uber Eats decided to expand their delivery service into Grocery and Alcohol, they needed a new campaign to launch, one that built upon all the existing equity and brand love that ‘Tonight I’ll be Eating’ has fostered over five long years. But at the same time, they needed something distinct in tone that announced a new offering had arrived. Thus working with Australia’s best director, Steve Rogers, we created the new “This calls for” campaign. The campaign is centred around comical human tragedies that we can all relate to, showcasing moments that truly calls for things right then that only Uber Eats can deliver on - with its incredibly wide range and immediacy.

David Griffiths, Head of Marketing, Uber Eats, added: “‘This Calls For’ is a creative platform that introduces the world to the magic of getting groceries and alcohol delivered in the moment. With this new campaign, and delivery offering, we want people to embrace this new way to shop, by making them feel less guilt about not doing it themselves, and more excitement about how liberating it is.” 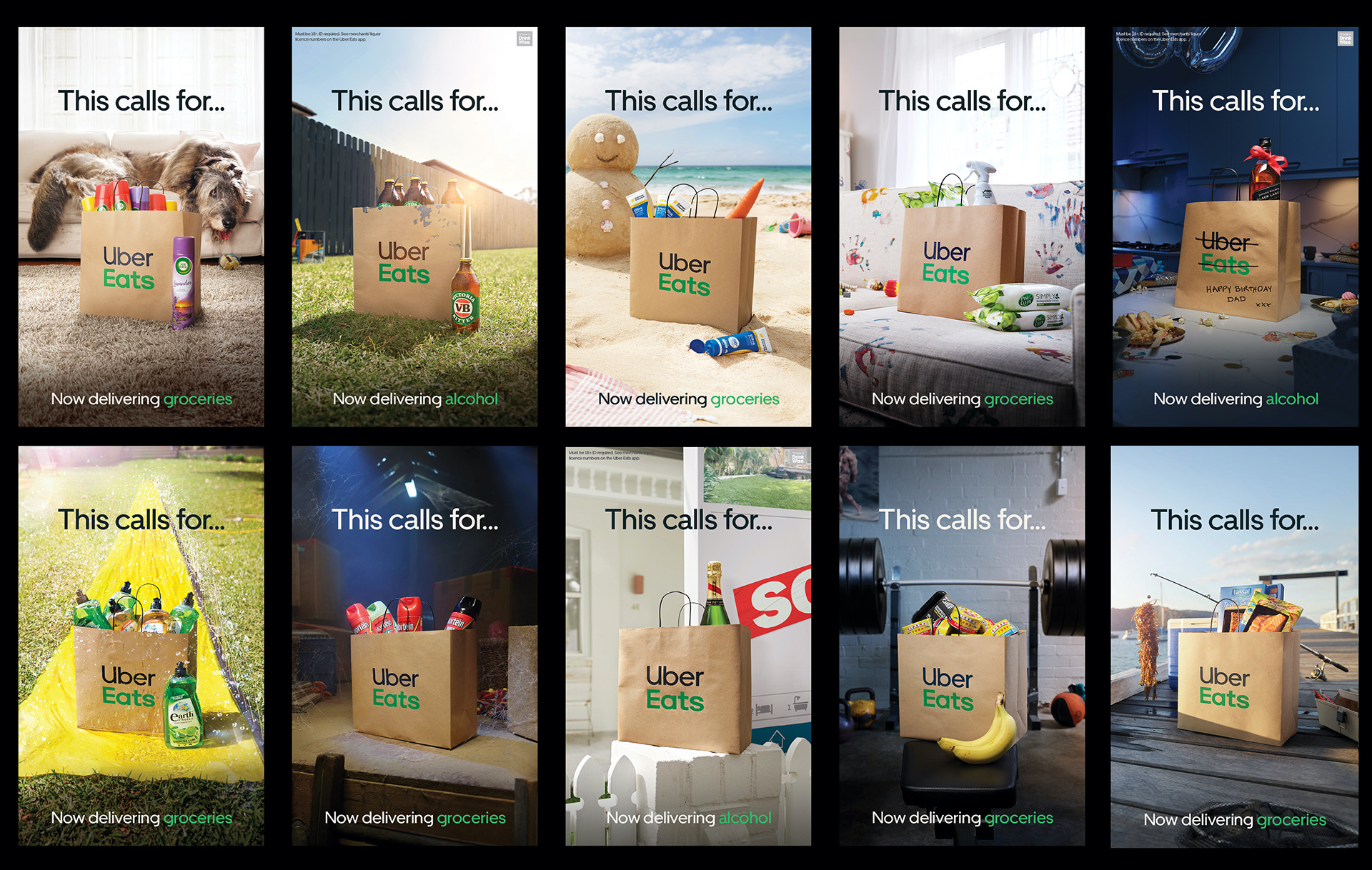