Wayne and Garth, the original local access TV heroes, return to persuade us to EAT LOCAL.

Local restaurants have been hit hard by the pandemic. So Uber Eats and Special Group brought back the two most unlikely heroes to help them out — Wayne Campbell and Garth Algar. The iconic duo promoted the idea to EAT LOCAL, but “promised” not to manipulate the audience the way all the other Super Bowl ads do. Then, in classic Wayne’s World style, they used all the classic tropes to great effect including cute babies, dream sequences, even a celebrity cameo from Cardi B.

Then Myers and Carvey were reunited with fellow metalhead Alice Cooper in a two-hour video that gave credit to the 100,000+ local restaurants available on the UberEats app. With all this support for those struggling small businesses Wayne and Garth are hoping that local restaurants across America will once again be able to PARTY ON. 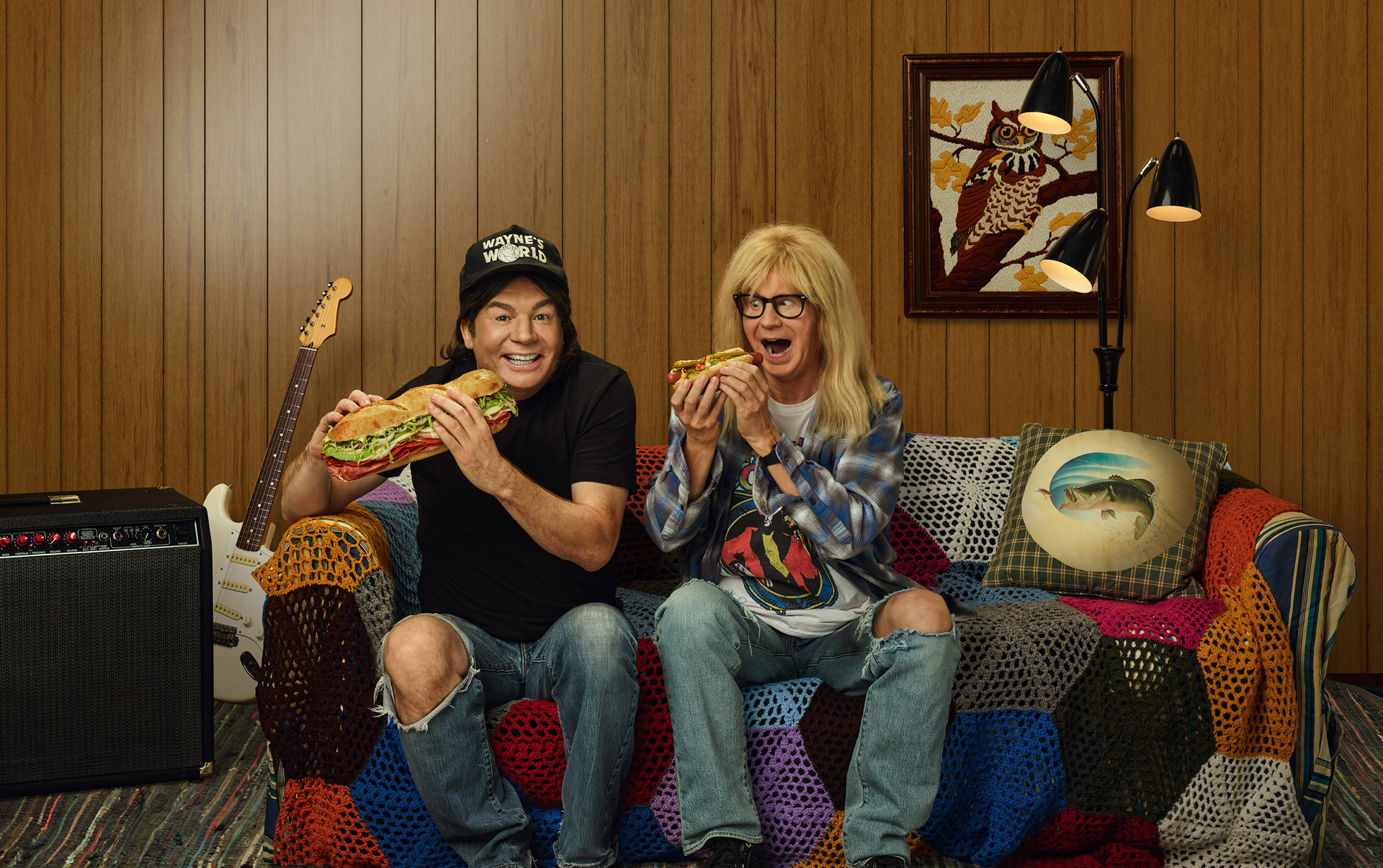